Unfortunately, the big headline everyone remembers about Prince and the Internet is when he said it was “over” in 2010. Many people with short memories used him as the poster boy for the old guard of musicians who “just don’t get it.”

But the reality is that Prince was a pioneer: Over 20 years ago, years before iTunes, iPods or broadband, he already understood that the Web would change the whole industry, and he had a vision for how fans would access his music through the Internet.

“Welcome 2 the Dawn, playground for the New Power Generation,” begins Prince’s 1994 song “Interactive.” “There are over 500 experiences to choose from. Here’s a sample…” 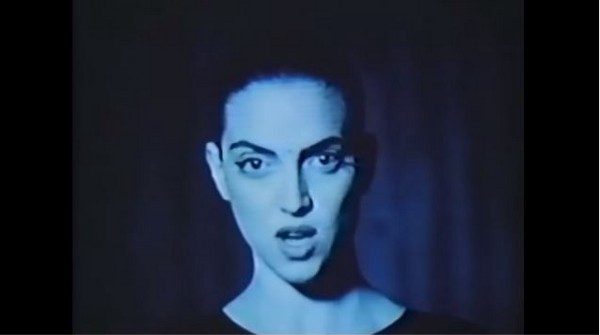 The song kicked off his underground film, “The Beautiful Experience,” starring Nona Gaye. Don’t bother looking for it on Amazon, it was never officially released. It only got screened during special viewing parties across the United States.

I saw it in Chicago at the Park West, and my eyes lit up. Prince showed me songs I had never heard before, like “Pheromone” and “The Days of Wild,” with videos for all of them. This was the visual album 20 years before Beyoncé. And according to this film, you could only access the album through a computer, a computer with a “Come” button on its keyboard. This experience didn’t exist yet, but Prince’s vision of the future was clear. And I knew I wanted to be a part of it. 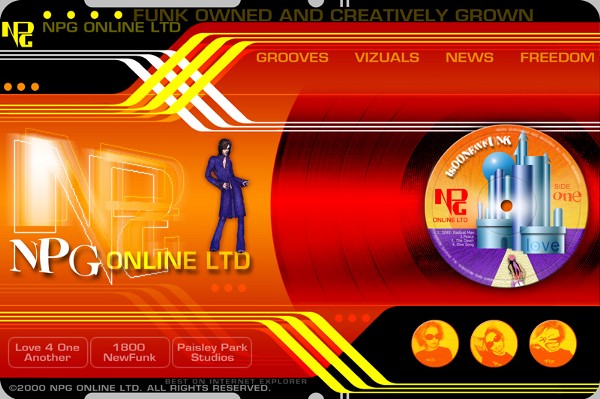 Six years later, I found myself in the position of brainstorming ideas with Prince for what would become his first official online music club. I had been doing professional Web design for years by that point, and through a mutual friend I got the opportunity to work on Prince’s charity website, Love4OneAnother.com. That led to work on two more Prince sites, 1800newfunk.com, and NPGOnlineLTD.com, which is where the real planning began on how we could use this Internet to make a real business.

During this time, Prince and I often had long conversations about the music industry at his Paisley Park Studio. One time he described a fairly standard contracting situation, in which a musician signs a multi-million­-dollar deal with a record label, but it’s got clauses that make all the payments contingent on specific numbers of album sales.

“Guess who’s counting the album sales?” I recall him saying.

The record label does.

“So you’re told, ‘Oh sorry, you didn’t sell enough,’” Prince railed. “Meanwhile you’re selling out stadiums and everyone knows the words. The creators of the contract control the whole distribution chain.”

In his view, they could make up whatever number they wanted.

Prince’s goals for his own online business were simple. As the creator of the music, he wanted to control the distribution chain himself with as little dilution as possible. “Let the baker bake the bread,” he would often say.

The recording industry had been all about gatekeepers before the Internet. Record labels, radio stations, and music store chains were all middlemen that needed their cut or else you wouldn’t get through. Now he saw the Internet as a perfect way to level the playing field. If he built his own online record label, his own online radio station, and his own online music store, he had just as much access to his audience as the traditional channels did. He finally had a way to skip all the barriers and go direct.

Anyone who has followed his career knows that he was a huge advocate for artists’ rights and a fair payment system. Technology was catching up to his vision.

On Valentine’s Day 2001, we launched the NPG (New Power Generation) Music Club. We started out with monthly “editions” that delivered multiple new song downloads per month, plus a downloaded radio show curated by Prince and the NPG that featured new music, commentary and comedic skits. All that came for either a monthly fee or a premium annual fee that got you bonus songs.

This was the first step in realizing the dream of Prince’s film “The Beautiful Experience” from seven years earlier: New music was flowing directly from Paisley Park to your computer.

Prince was always changing things up — that was one of his signatures. And each year, we changed our approach to the NPG Music Club. Sometimes we distributed downloads, other times we sent CDs directly to members. Finally, we settled on the Musicology Download Store, the only place where you could download Prince’s independent catalog. During this time, we also attracted an amazing community of club members, many of whom got the best seats on his One Nite Alone and Musicology concert tours, as well as access to sound checks, press conferences, and week­long summer celebrations at Paisley Park.

This direct connection between the fans and an artist on Prince’s level didn’t exist before the NPG Music Club. There was no Twitter, Facebook or even YouTube. At the time, he saw direct Internet distribution as a model for all artists. He would tell me, if you could build your own music club, why would you need to pay anyone else a share and give away all your fans’ information? Why not do it all yourself — downloads, concert tickets, streaming concert events, and even a hub for emerging artists? He was leading the way to a new artist-­owned music business.

“Why do I need to give my music to iTunes,” he would often tell me. “We’ve got our own iTunes right here. This is how it’s supposed to be done.” 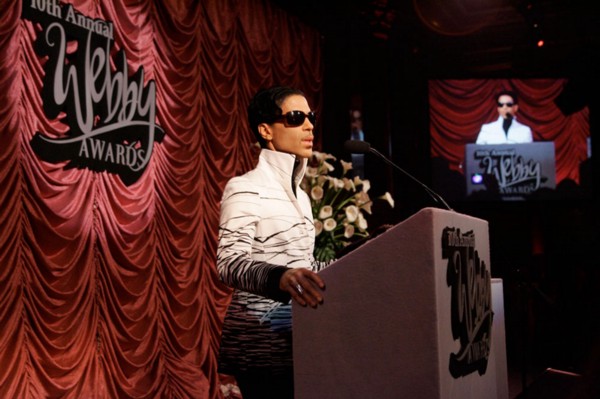 As a result of this work, Prince received a well-deserved Webby Lifetime Achievement Award in 2006; the award cites how he “forever altered the landscape of online musical distribution” and “reshaped the relationship between artist and fan.” The NPG Music Club also received its own Webby Award that year for Best Celebrity/Fan Site, and when I accepted the award, it felt like a real validation.

But after the awards, Prince again felt the need to change things up. He believed the club had proven itself a legitimate business model, and once we won the Webby, it was a good time to go out on a high note. I had a lot of mixed feelings about this. We had done so much; I didn’t want to see it end. But as I said, Prince liked change. So after a lot of back and forth with him, I had to accept the decision and move on.

The NPG Music Club doesn’t always get the acknowledgement it deserves in the never­ending debate. But for a moment in time, we had something special no one had ever seen before — and something prescient, that predicted some of the questions about online distribution and artist agency that would come later.

Over the past few years, Prince warmed up to the Internet again: He used Twitter as his preferred communication tool, and threw his full catalog in with Tidal. I never heard this directly from Prince, but I believe he saw Tidal as the next evolution of what the NPG Music Club could have been: an artist-­owned distribution channel that could release his music as fast as he could make it and pay the artists involved a fair rate.

It was not a surprise to me then when several of Prince’s NPG Music Club releases reappeared on Tidal, ready to be streamed all over the world once again. I’m just sorry that I won’t have another chance to watch him change the rules.

@samjennings3000
•
Follow
In honor of the American Music Awards tonight, here is a shot of me holding Pearl Jam’s AMA from when I worked for them in PJHQ. It was just kind of lying around 🤷‍♂️
View on Instagram |
3/5